There are more than 3000 temples in Tamil Nadu dating back to more than 2000 years from 1700 BC where now most of them are classified as ‘World heritage Site’ by UNESCO.

Please note these other temples can be added along with the main Temple tours if pre-planned accordingly or a special package can also be designed.

Send us your requirement and we will customize the package according to it with literary and get back to you with a quote. 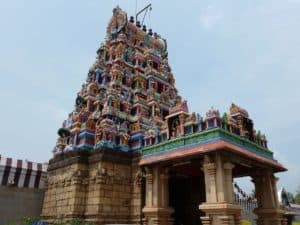 About Nadi Astrology
Scroll to top